I met David at a reststop close to Alice Springs. Actually I first met Sarah, a beautiful old Mastiff Ridgeback he travels with. 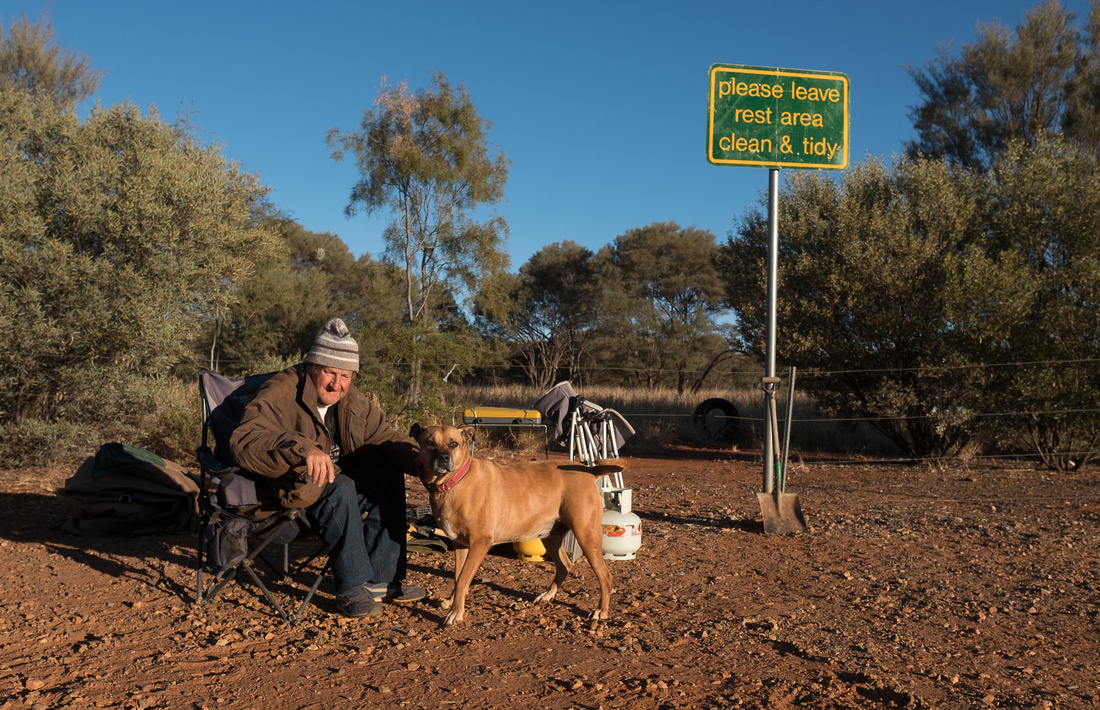 David and SarahDavid and his Sarah in front of his belongings

Her heart is as big as Davids and they've been companions since almost 14 years now. They met in a petshop when Sarah was just 6 weeks old and David worked at the shop. She's refused to leave his side ever since.
Davids road to becoming a nomad was paved by some misfortunes and some bad decisions as he told me; which is not to say he's not enjoying life on the road. It started when he bought a house and decided to settle close to Dubbo, NSW. Unfortunately the area was in decline, drug scene on the rise and after yet another break-in, he decided to sell his home and to take to the road for a while. Because of the rise in crime his house had lost almost all its value, it was however still enough for a camper trailer and an old Land Rover as well as travelling funds. The Land Rover turned out to be another bad investment and David is now living in his tent.

He'd already packed up by the time the sun was up for a photo, but all his belongings were laying around as he waited to be picked up. David and Sarah have found a travel companion who David helps with whatever's necessary as they travel the country. They often stay at free camps and just once in awhile stopping for a shower and laundry in a caravan park.

Having worked in pet shops and freelanced for reptile shops, David showed a huge heart and knowledge about animals and just as much a heart for people. I do wish David great travels and hope fortunes turn and he'll find a way of putting that big heart to work. 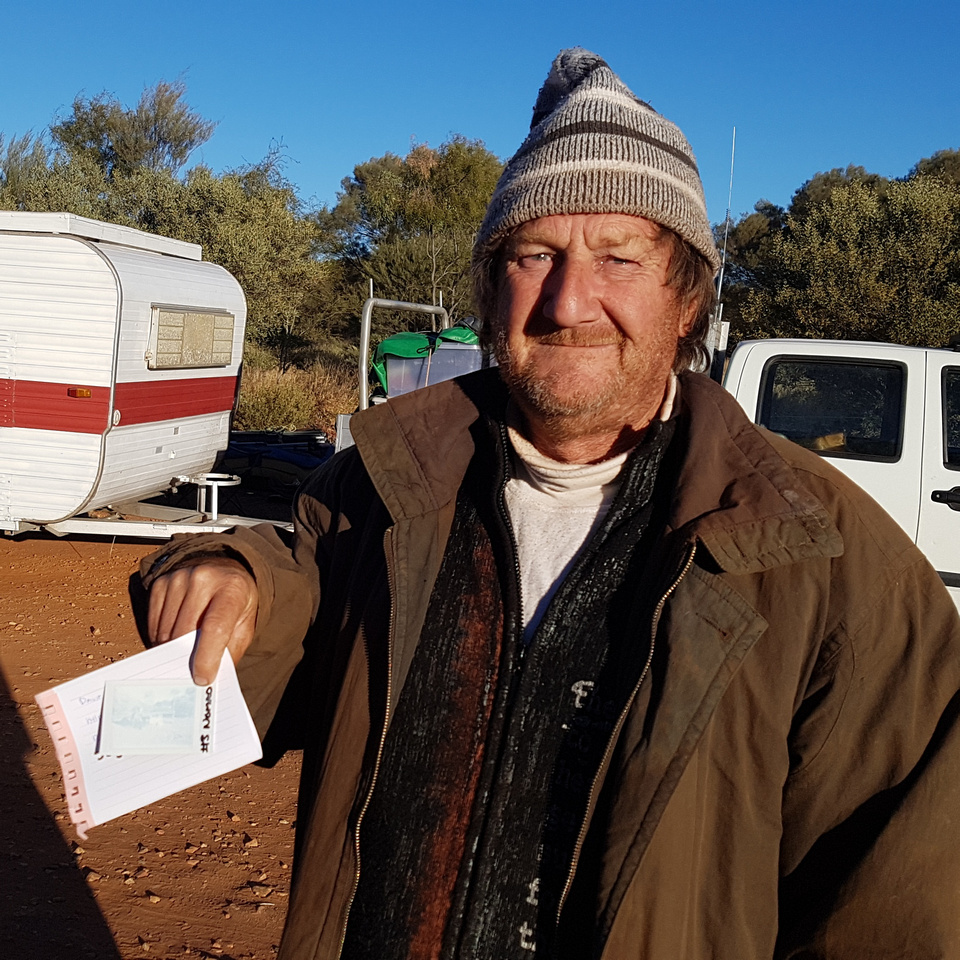 DavidDavid with a small memory of our meeting